Jackpoint ID: Not on board yet!

-Japanese troll
- Born in Japan and began studying martial arts at age 5.
- Memeber of the National Martial Arts Team from age 14-20. Winning championships 4 out of the 6 years.
- Went on to win the World University Martial Arts Championship 4 years in a row.
- Started his own Dojo and began renting out the services of his students for street protection of local organized crime.
- Involvement with crime increased to a point that other martial arts schools attacked his Dojo and ran him out of town for dishonoring the martial art.
- Moved to Vladivostok, Russia with his brother based on a request from Nikolai Morozov, who has followed his martial arts career and recent involvement with Japanese crime syndicates.
- Began working for Morozov. Agreeing to be paid in food, rent and bioware costs.
- Frequency of jobs and payoff increased to the point that he gave up Karate instruction and became a full-time Shadowrunner.
- He has been solidifying a network of support among high level corp “Johnsons” as well as other runners and smugglers.

He has recently been convinced to follow Morozov, along with his brother Jason, to Mars City. Things were heating up in Vladivostok and there are a plethora of high end jobs available on Mars. Morozov has encouraged Atlas to seek out more allies to run with in order to bring in more high risk/profit jobs.

After Jason abandoned him to join the Yakuza and relearn some of the principles of honor that they once stood for, Atlas returned to working for Morozov, helping him uncover some details of Evo’s apparent deal with Aztechnology to make a digital copy of Chief Justice Hino (of the Corporate Court), and use her to sway decisions their way.

Main Motivations:
Atlas is mainly motivated to shadowrun by the promise of power, both physical superiority as a martial artist as well as an almost tangible control over the people he manipulates during his runs. The rush he gets from combat is not solely fueled by the Kamikaze raging through his veins. He also lavishes in the relief of his smuggled goods getting through the highest of spaceport security screens. The control he feels while manipulating the peons of the transport systems is almost as rewarding as smashing their skulls to bits when things go awry. 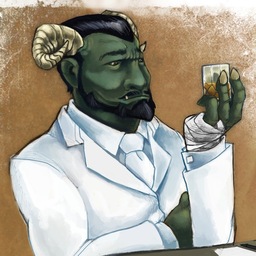