A long-time activist and militant trying to free Lebanon from Egyptian control. #7 on “Egypt’s Most Wanted.” He’s much more visibly cybered-up than would generally be tolerated in his culture, but as all the cyber is to replace limbs and functions lost in righteous battle, he is not only tolerated but venerated. As with many militants in the region, he bases out of Dubai, with it’s plentiful arms fairs and laissez-faire attitude. 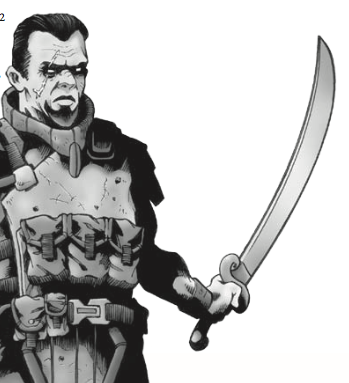