Relatively new to the Seattle shadows, Shri has quickly made a name for herself as a skilled ‘face’ & social infiltrator. However, she’s been unable to shake off rumors about her past. She has a UCAS criminal SIN, after having gotten busted on a run a few years back. The rest of her team was killed on the run, or is still languishing in prison, and she hasn’t been able to shake the rumors that she sold them out and/or cut some sort of deal. She’s made a lot of connections quickly in Seattle, but no-one she’s particularly close to- she seems to have as hard a time trusting everyone else as they have trusting her.

She wears a well-fitted armored jacket and uses a machine pistol, but also has krav maga training, and is good at rapidly disarming opponents when she finds herself in over her head during her exploits.. 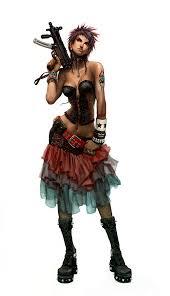