A cantankerous male ork in his early 30’s. Vipin is an established Karavan smuggler, with small offices and some staff in a number of cities with good access to the roving city’s usual routes. These cities include Hong Kong, Mumbai, Istanbul, Dubai, and Moscow, making him one of the better connected smugglers in Asia. He still frequently flies his heavily customized t-bird, “Lilya”, preferring to pilot than to delegate. He has a thick Russian accent, though he is fluent in a number of languages. 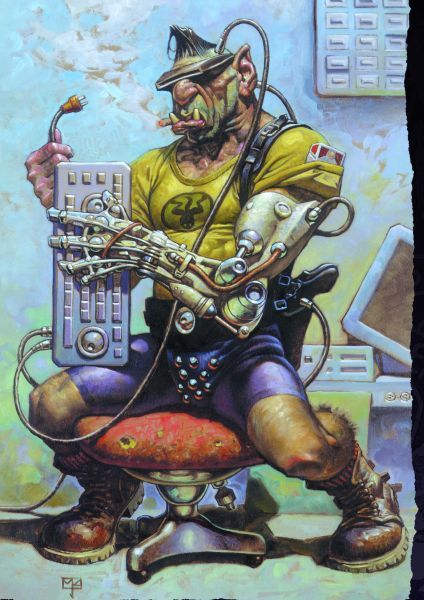