A more likeable, famous, and attractive version of Remus. He’s also wealthier and happier. Both were part of the Founding Children of Mars program, which took a number of young children from a chain of Polynesian orphanages and sent them through a rapid (and still highly experimental) educational program, involving massive sim and drug use to stimulate rapid mental development. There were some successes. The survivors were brought to Mars 15 years ago as a promotional device-most had achieved close to genius level IQ’s, and they were very involved in finalizing the terraforming project and early city planning. Many died in a variety of ways, from experimenting with the nanotech needed to prepare the settlers, to getting sucked into atmosphere processors, amongst others. Some wandered into the wastes, driven mad over time by their incresed intelligence. Others settled into life in the city as it grew around them. Remus and Romulus are the only two known remaining members of the program. Romulus has ingratiated himself as celebrity and intellectual, a pop culture icon in the burgeoning MC social scene. Remus ended up a wageslave, who is now running for his life from the corp that tried to kill him, as well as a number of other enemies he has made on the way. However, he refused to take revenge on Romulus’ lover, the simstar Jina Eson, who the Black Shadows had kidnapped, although he did try to ransom her back. So maybe there’s a chance the brother’s might someday be reunited?

His Horizon contacts got him back to Earth when Mars fell apart. He has proved a bit less adept than his partner Jina at navigating LA’s social circles, though he has managed to secure a number of recurring talking head spots, often as a token “Mars Survivor.” He has been using this cache to build a new mini-empire around himself now that he’s settling in, with help from the fixer/lawyer Thomas Arbuckle 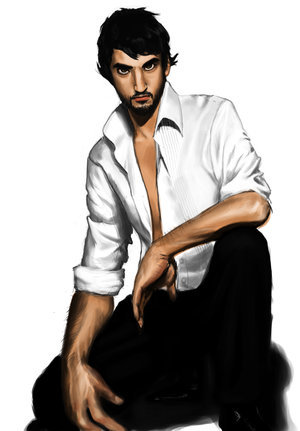