Sa’ida joined the UCAS military at 17, recruited out of high school due to her intellect. Not having an interest in command, she trained mostly as a combat medic and demolitions operative. She’s good at tactics and is skilled with a shotgun, but prefers watching things go boom at a distance. She picked up the nickname “Piggy” in boot camp, due to the others cadets finding out she was Muslim and wouldn’t eat pork. Not wanting to show weakness or fear, she embraced the name, and has used it ever since as her “street name.”

She thought she would be in the military for life, but got drummed out to a congenital illness, and honorable discharge though rated “unfit for duty”. Luckily she’d already been picking up some “side work” through an old military buddy, Bob Strong, who’d gone to work for Ares Macrotechnology. He’s been able to keep her in weapons and explosives since she got discharged, and helped set her up with some shadow jobs through Ares/KE and others, where her skills have gotten her noticed.

She has 2 college-aged kids who she tries to provide for. She thought the military pay and pension would take care of them, but she’s had to start making money on her own, and will be running the shadows for the forseeable future. She’s also a thrillseeker and kind of gets off on it, liking to pull the “sick old lady” routine to get people to ignore her, while she’s planting explosives in their facilities. On one of her first jobs, she did a solid for Abby Kaleesian, and has had a good hookup for contruction/demo explosives since. 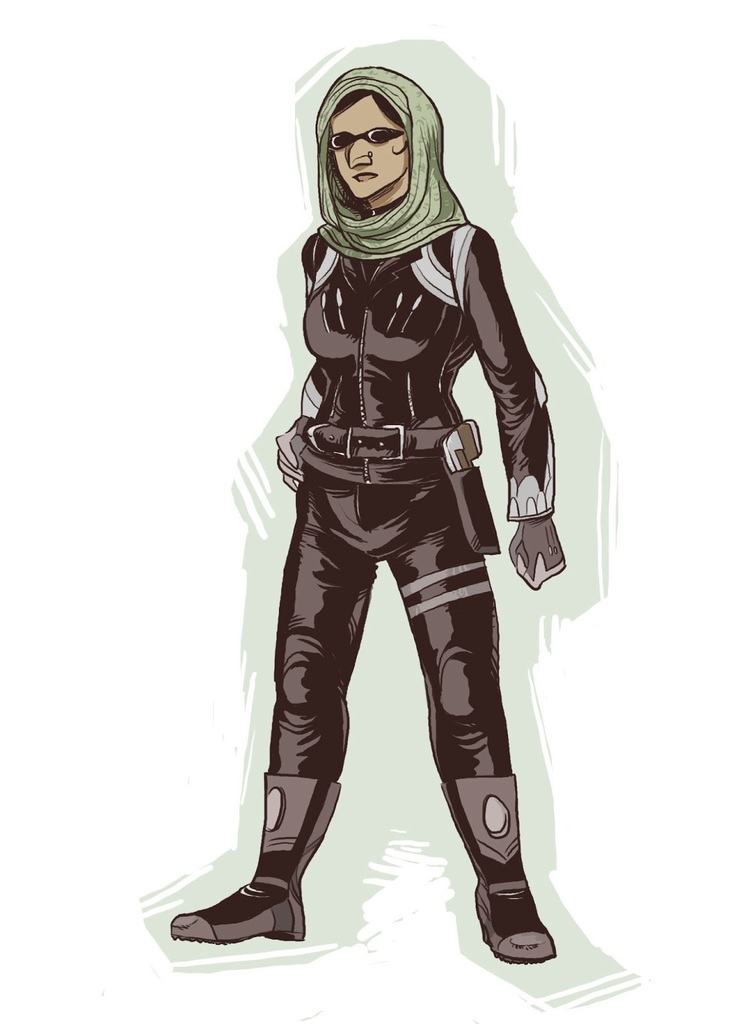