Former 2nd in command of the 77th Independent Rangers under Matador, she took over the company after his death. Hates ARGUS and MET 2000, as well as the operative Thorn, for the role they may have played in Matador’s death. Wounded in Bogota but made it out. 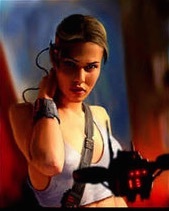