Asp's trusted canine companion-his intelligent eyes reveal he knows more than he lets on. or is he just a dog?

Lefty is a stray that Asp took in and patched up-Lefty had been shot and left for dead. It appears as if Lefty worked as a guard dog, previously, and it took a while for Asp to retrain him and gain his trust. However, Lefty is now an essential part of Asp’s two-being team: he tracks and smells danger far better than Asp ever could. They are protective of each other, as they are both the others only real friend. That’s life on the run for you.

Lefty is a fairly large brown dog, with a sheepdog appearance. He is, ironically, a canaan dog, the national breed of Israel, the country which Asp has been fleeing. This might explain part of Asp’s feeling of connection with Lefty.

Killed while looking for the ork who betrayed them on the bank job. 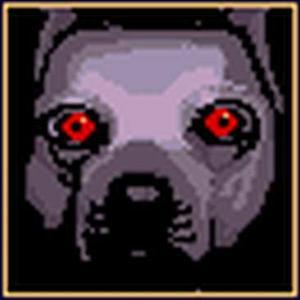