Empress of Japan and a secret technomancer. She originally awoke as an otaku under the tutelage of the AI Mirage, and called herself Lady Death. Being Mirage’s favorite led to her being kidnapped by the AI Deus’ followers for twelve hours in 2063, before Mirage secured her freedom.

She has a longstanding feud with her father, the former CEO of Shiawase, who tested a vaccine for HMHVV on her. After becoming Empress, Hitomi supported NeoNET over her father’s company in rebuilding the Japanese Matrix after Crash 2.0. During the crash Hitomi also managed to be named Chairman of the Board (she owns 13% of the stock).

She was a student at MIT&T where she is said to have started a matrix gang.

She was recently removed from some of her power at Shiawase due to an opposing factions receipt of proof of her t-mancer nature (courtesy of the team who made it out of the ACHE). Her pregnancy has proven to be a good cover for an extended public absence while her handlers deal with the rumor mill. 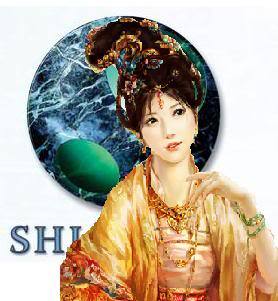