A spirit of nightmares and terror, it enjoys probing the mind’s of it’s victims, testing their limits, and often exceeding them. It resides in a roving “Court”, a ring of trees with it’s primary representation, a massive black petrified tree, pulsing with blood-black sap, at the center. Sometimes it emerges from this tree to move about, in the form of an genderless emaciated bone-white humanoid, which looks to be carved from petrified wood, which fills out as it drinks of the terror it instills.

it was charged with (or bound to?) guarding the key to unlocking the Phaistos Disc at some point long ago, but now roams free again, it’s duty discharged. 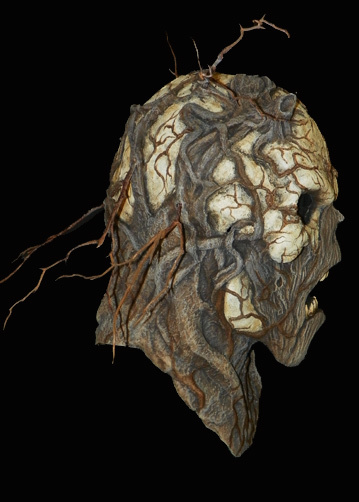