Grimes, although officially stationed at The Vatican, still spends a lot of time in his hometown of Boston, and was trapped there when the QZ went up. He quickly reached out to the local technomancer community through Viktor Markwart to offer sanctuary during the crisis. Grimes had previously revealed his secret to Markwart: he himself emerged after Crash 2.0. They have worked together since then on a few occasions.

He is also involved in providing sanctuary for any other non- CFD infected individuals who ask for it, and obey the few simple rules he enforces. He views this as his mission, and accepts all comers regardless of faith or lack thereof. He also secrettly opened some infected sanctuaries to Boston’s sentient ghoul population, hoping to gain some useful allies (who are immune to CFD), as well as pull support from Fear the Dark.

His main shadow ops team is composed of the combat mage Archangel and the banisher Silke. 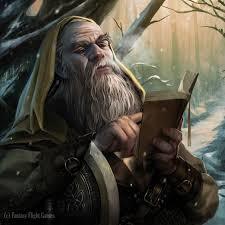