An international killer for hire, he prides himself on a “pro” reputation, only killing when he is paid to and only killing those he is paid to kill. He has been helping Butch research a mysterious infection that is spreading throughout the world’s shadows- CFD, and taking out a number of prominent infected for good pay along the way.

He’s young and proud, and touchy about anyone questioning his professionalism and rep, as he is still making his name- though he has the skills to back it up. Has a minor beef with OrkCEO as they’ve wound up on the opposite side of a few jobs, though he also seems to have legitimate respect for the bodyguard, and has on at least one occasion waited to carry out a hit until OrkCEO handed over a client and completed his assignment. 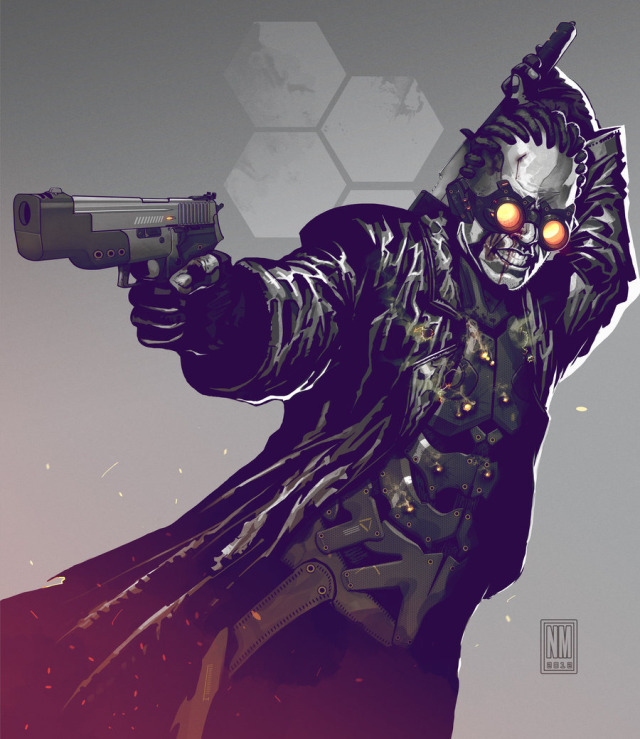